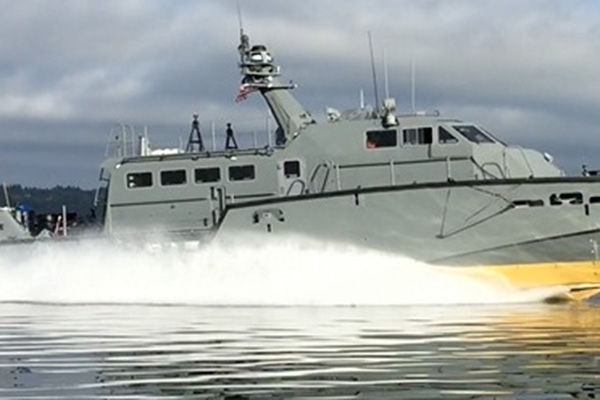 Throughout the past several years, SAFE Boats International has been working on a contract for the U.S. Navy Coastal Riverine Force for their next generation patrol boat, the Mk VI. Part of the Navy Expeditionary Combat Command (NECC) fleet of combatant craft, the Mk (or “Mark”) VI PB’s mission is to provide operational commanders the capability to patrol shallow shoreline areas beyond sheltered harbors and bays and into the open waters to protect friendly vessels and critical infrastructure.

The Mk VI patrol boat is the first mission-specific patrol boat designed for the US Navy since the mid-1980s. These ships will be primarily used in reconnaissance, search and seizure and special forces operations that require high performance. Each 82-ft. vessel is rigorously designed to help the Coastal Riverine Force operate more efficiently and effectively on critical missions around the globe.

For such a demanding use of these boats, a propulsion system to match was needed. Pacific Power Group has decades of experience powering defense vessels with MTU engines, and was proud to work with longtime partner SAFE Boats once again. 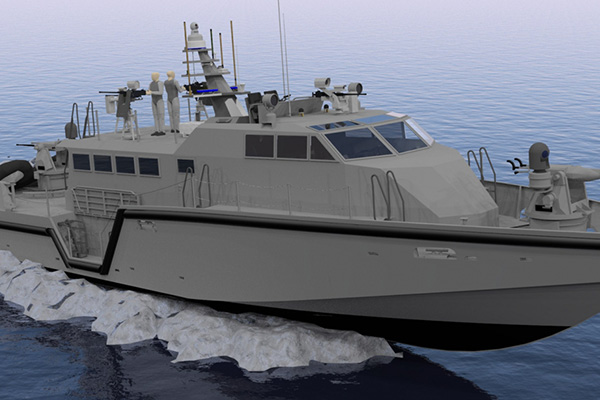 To meet the vessels’ requirements for speed, performance and maneuverability, MTU 16v2000 M94 engines were selected as the top choice for the propulsion system. Pacific Power Group worked with SAFE Boats to specify the engines best suited for the Navy’s needs and provides support through the building process, including integration, commissioning, and sea trial testing.

Critical to the engines’ selection was their power-to-weight ratio, which provides the vessels greater power while taking up less space and controlling the weight of the propulsion system. With the MTU propulsion system provided by PPG, the Mark VI patrol boats are capable of reaching speeds up to 45 knots and can maintain cruise speed for as long as needed. The MTU engines’ fuel efficiency allows the patrol vessels to travel up to 600 nautical miles while traveling at 35 knots.

The first two boats delivered were deployed to the Persian Gulf to support U.S. operations out of Bahrain, and twelve boats are anticipated to be completed by early 2018. The US Navy plans to acquire a total of 48 Mk VI PBs.