Command Boats for the U.S. Navy 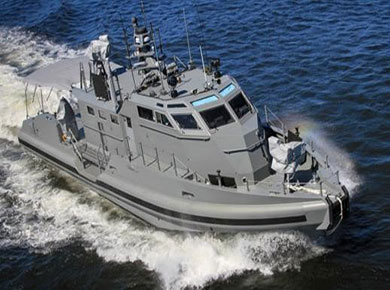 Powered by twin Series 2000 MTU diesel engines and water jets supplied by Pacific Power Group, the Coastal Command Boat is the next generation of patrol and combatant craft.

Built for the Naval Expeditionary Combat Command’s fleet, the CCB is capable of speeds in excess of 35 knots and can maintain cruise speed for up to 24 hours.