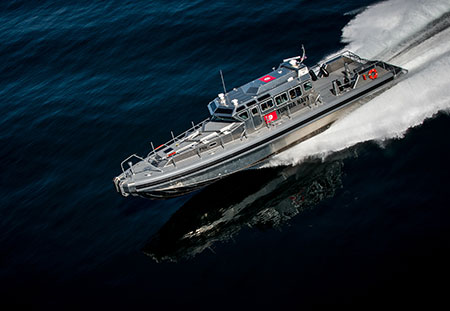 SAFE Boats International delivered the two SAFE 65-foot full cabin inboard boats in spring 2015 with the first boat arriving in Tunisia in April. These vessels will provide the Tunisian Navy with improved capabilities to conduct their search and rescue operations and extended offshore patrols.

The engines were selected due to having the highest power density available for their size and their proven success in harsh marine environments. Depending on payload, speed, and sea conditions, the boats’ range can be up to 400 nautical miles.

Both vessels will join a fleet of 20 SAFE Boats already in service with the Tunisian Navy. Two additional 65-foot SAFE Boats with MTU engines supplied by Pacific Power Group are planned for delivery in late 2015.