Home » Company News » How a Microgrid Could Meet Your Power Needs

How a Microgrid Could Meet Your Power Needs 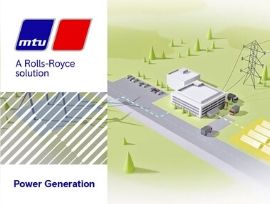 The use of microgrids have been commonplace in remote locations where connection to a central power grid is either impossible or cost prohibitive. But with the emergence of new technologies, a growing number of municipalities, communities and companies are turning to microgrids as either a supplement or alternative to receiving power from the grid.

Today’s microgrids are increasingly an attractive alternative as improvements in technology have lowered costs of building a system. The economic shift means microgrids can now save money at the same time improving the environment.

“We’ve seen an increase in interest from customers who want to know how a microgrid might be a better alternative than simply a backup generator,” said Dmitry Kraskovsky of our Power Gen team.

What Constitutes a Microgrid

At its core, a microgrid generates power by using a combination of assets that can include solar panels, wind turbines, battery storage, diesel or generators, and a combination of heat and power modules that can operate separately or in parallel.

These systems provide flexibility to users and are designed specifically for that user’s needs. The controls are a critical component of each system to provide the exact energy mix for the user.

The specificity of each microgrid will have varying benefits to the user. But the primary drivers are cost savings and environmental benefits. Beyond that, a microgrid can provide the following benefits.

MTU is an industry leader in testing microgrids, including building a demonstrator system so customers can see first-hand how it operates and can meet their needs. Our expertise in designing systems utilizing MTU’s technology makes us the perfect partner to help you explore the benefits of a microgrid and how you might implement such a system.