Recognized for Work on 2017 Significant Boats 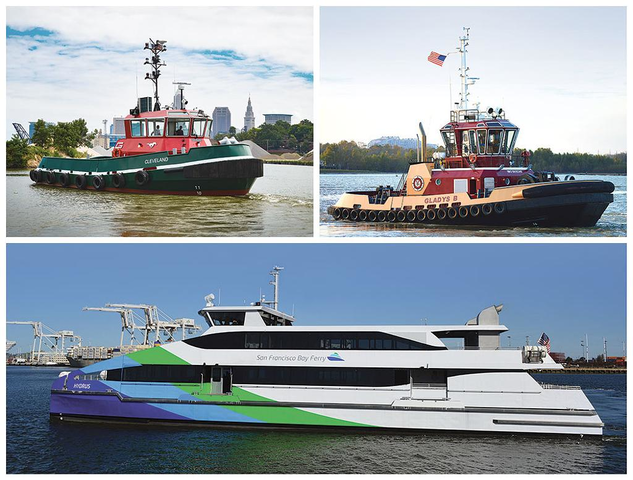 WorkBoat magazine each year recognizes ten newly built commercial vessels as Significant Boats of the year for standing out as models for the industry. Tug boats dominated the voting in 2017 with five capturing slots in the top 10.

Even more impressive is that MTU powered three of the winners and Pacific Power was involved in two of those projects – the Gladys B tug and the Hydrus ferry.

The Series 4000 engines are a critical component in the Gladys B, which operates in New Orleans where cargo vessels tie up to a two-mile long wharf, which is the longest in the world, or at bulkheads on the river. Signet Shipbuilding & Repair built the Gladys B for tugboat operator E.N. Bisson using twin 16V 4000 M64 engines coupled with Rolls Royce US 205 P20 FP azimuth stern drives. The 4000 engines are rated at 2,681 bhp each at 1,800 rpm and are Tier 3 emissions certified. MTU’s technology and specialized engine design are expected to increase uptime for the Gladys B at the same time lifecycle costs will be reduced.

The 134-foot Hydrus is powered by a pair of MTU 12V 4000 M64 engines, which Pacific Power custom fit with a cutting-edge SCR emission system. Vigor Industries of Seattle built the Incat Crowther designed Hydrus for the San Francisco Bay Ferry as part of a four-ship $175 million project to expand the Water and Emergency Transportation Authority system. Each engine produces 1,950 bhp to power the 400-person catamaran and meets Tier 4 emission standards for a sustainable, cost-efficient and eco-friendly ferry.